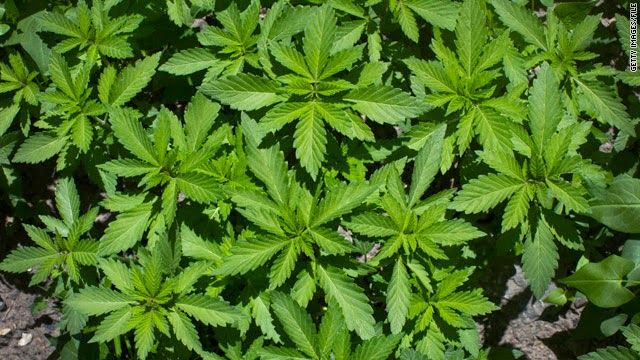 Exodus 30:23 Take thou also unto thee principal spices, of pure myrrh five hundred shekels, and of sweet cinnamon half so much, even two hundred and fifty shekels, and of sweet calamus two hundred and fifty shekels, 24 And of cassia five hundred shekels, after the shekel of the sanctuary, and of oil olive an hin: 25 And thou shalt make it an oil of holy ointment, an ointment compound after the art of the apothecary : it shall be an holy anointing oil.
The original Hebrew for calamus, is Kaneh-bosem or Qaneh (Kaw-naw) Bosem.  Some translations have this as “fragrant cane” or “aromatic cane.”  Some researchers have argued that this is actually  Sweet Cane or Sugar Cane, although the term sweet does not occur in the original manuscripts.
In the Hebrew terms such as  Elohim (Pronounced El- Oh- Heem ) is rendered plural.  So in the Hebrew Kaneh-bosem is also plural.  The singular then is rendered Kaneh-bos.
Kaneh-Bos  sounds  remarkably close to the modern day word Cannabis.  Could it be that cannabis was the plant given by God to be used in the Holy Anointing Oil?
Cannabis has certainly been cultivated since the beginning of recorded history.  Its uses for rope, sails and rigging into ancient times are well documented.
Imagine the amount of cannabis  rope it would have taken to construct the Temple of Solomon. What other way was there to construct ropes at that time, which could lift the weights of not only the Temple of Solomon, but in fact,  the Pyramids themselves.
Cannabis was thought to be an Indo-European  word specifically of Scythian Origin.  The Scythians were largely responsible for the spread of cannabis into Europe. The Scythe, was an invention of the Scythians, used for the harvest of cannabis.  This has come to us in the legends of the “Grim Reaper”
Herodotus, an early Greek ethnographer, in the 5th Century BC wrote of the Scythians and their use of cannabis.
The Scythians as they were known by the Greeks, were known, by the Semites as the Ashkenaz. Among the earliest references to Ashkenaz  people is found in Genesis 10:3 where Ashkenaz was listed as the son of Gomer, the great Grandson of Noah.  The Sythians lived around and traded with the Semites at least as early as 600 BC.
Zoroaster the prophet of the Ancient Magi, whose kings followed the Star of Bethlehem  based on the ancient prophesies,  used a drink called Haoma which has been documented to contain cannabis.
As early as 1925 experts have argued that,  both the Assyrians and the Babylonians, used Cannabis in their temple incense, Circa 500 BC.
In 1993, the Albany New York Times Union reported,  that the first physical evidence that Marijuana was used as a medicine in the ancient Mideast, was found.  The Israeli scientists found residue of marijuana along with the skeleton of a girl who had died 1600 years before.
In this press release,  researchers  from the Hebrew University, stated that references to marijuana as a medicine are seen as far back as 1,600 BC in Egyptian, Assyrian, Greek, and Roman Writings.
If you actually buy the Calamus translation for the Holy Oil, then you assume that God specified in Exodus 30:23 a drug commonly known as Ecstasy. Calamus contains an ingredient called asarone. This is a hallucinogen which is metabolized in the liver as trimethoxyamphetamine or ecstasy. The Middle Eastern version of this plant is far more toxic than its North American Cousin. This is deadly to flies and other insects. The Exodus 30:23 reference refers to sweet Calamus. If you look at this in the Strong’s concordance where they spell this as qaneh rather than kaneh, they pronounce this as Kaw-Naw, a reed, calamus, and cane are listed as possible translations. The term sweet used in Exodus 30:23 in Hebrew is Bosem. According to the Webster's New World Hebrew Dictionary, Bosem is perfume; scent. The Concordance: the Hebrew is Bosem #1314, fragrance, by impl. spicery; also the balsam plant:----smell, spice, sweet (odour). In some Bibles sweet calamus is translated as aromatic or fragrant Cane. It is where the bosem is fused to the word kaneh or qaneh that the cannabis translation becomes apparent. So then to pronounce this we have kaw-naw-bosem, and is spelled in English qaneh-bosem or kaneh-bosem.

In 1936, Sara Benetowa, later Known as Sula Benet, an etymologist from the Institute of Anthropological Sciences, in Warsaw wrote a treatise, "Tracing One Word Through Different Languages." This was a study on the word Cannabis, based on a study of the oldest Hebrew texts. Although the word cannabis was thought to be of Scythian origin, Benet's research showed it had an earlier root in the Semitic Languages such as Hebrew. Benet demonstrated that the ancient Hebrew word for Cannabis is Kaneh -Bosem. She also did another study called Early Diffusion and Folk Uses of Hemp. There is a reprint of this in Cannabis and Culture ISBN:90-279-7669-4. On page 44, she states, "The sacred character of hemp in biblical times is evident from Exodus 30:23, where Moses was instructed by God to anoint the meeting tent and all of its furnishings with specially prepared oil, containing hemp." On page 41 Sula Benet writes, : In the course of time, the two words kaneh and bosem were fused into one , kanabos or kannabus know to us from the Mishna. According to the Webster's New World Hebrew Dictionary, page 607 the Hebrew for hemp is kanabos.
Sara Benetowa  discovered that the Kaneh-Bosm or Cannabis is mentioned 5 times in the Old Testament.   The first occurrence appears in the Holy Anointing Oil as Calamus, (Exodus 30:23).  Sara  argued that the translation of Calamus  was a mistranslation  which occurred in the oldest Bible the “Septuagint” and the mistranslation was copied in later versions.

But what is the effect to the baptism?

You may argue that the Anointing with the cannabis based oil has no redeeming value.  I would like to point out that all Orthodox Churches practice the Chrism anointing. What started me into The Fire Baptism and the Lost Sacraments is that not one Church uses the Holy Anointing Oil as described in Exodus 30:23 even with the Calamus translation.
The Bible is very clear that this was the only oil to be used.
This shall be a “holy  anointing oil” unto me throughout your generations.   Whosoever compoundeth any like it, or whosoever putteth any of it upon a stranger, shall even be cut off from his people.  Exodus 30:31-33
Christ in the Greek,  and the Messiah in Hebrew,   means “the anointed ”  For Jesus to receive the title “Christ”,  he must have been anointed with the Holy Anointing Oil or Nazer Oil, as given to Moses in Exodus 30:23.
The only scriptural  reference to Jesus being anointed is in Bethany. But this is a record of Jesus being anointed  with a Spikenard Oil.  This would not convey the title Christ.  The title “Christ” was only given by someone who is anointed  with the Holy Anointing Oil or Nazer Oil, as described in Exodus 30:23.

Some early Gnostic Christians teachings held that Jesus was not made Christ  with an earthly oil,  but in fact anointed by God  in heaven.
For the Father anointed the Son, and the Son anointed the Apostles, and the Apostles anointed us. Gospel of Phillip
If Jesus was called “Christ” by receiving the Holy Anointing Oil,  how are we to be called  Christians?  One would assume that we must also be anointed with the same,  Holy Anointing Oil, or Nazar Oil, as described in Exodus 30:23.
The Chrism or (anointing) is superior to baptism,  for it is from the word chrism that we are called Christians.  Gospel of Phillip.
“Are you unwilling to be anointed with the Oil of God? Wherefore we are called Christians on this account, because we are anointed with the oil of God.”  Theophilus of Antioch (181AD)


Must See: "The Fire Baptism and the Lost Sacraments"

Email ThisBlogThis!Share to TwitterShare to FacebookShare to Pinterest
Labels: Marijuana in the Holy Anointing Oil? "Exodus 30:23"