What is Marijuana? What is Cannabis?

What is Marijuana?  What is Cannabis?

Marijuana is a term referring to the Cannabis plant. The term marijuana for cannabis, in English-language usage, dates to the end of the 1800s.  Marijuana is a word derived from the Mexican Spanish slang originally spelled variously as marihuana, mariguana, etc, but the ultimate derivation of the etymology is unknown. The term "Marijuana" was popularized by Harry Jacob Anslinger and William Randolph Hearst, in their complete and total assault on the cannabis plant by labeling cannabis by the unknown name, “marijuana”. Harry Anslinger was appointed the first Commissioner of the Treasury Department’s Federal Bureau of Narcotics (FBN) on August 12, 1930. He held the office 32 years as the head of the department until 1962.  The FBN is now known as the DEA.
Anslinger and William Randolph Hearst used the word marijuana to demonize the cannabis or hemp plant using racism and lies in the most despicable ways, and is reverberated into modern day Law Enforcement with its enforcement and incarcerations disproportionately inflicted upon the Nations minorities. 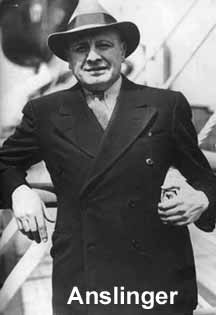 ”There are 100,000 total marijuana smokers in the US, and most are Negroes, Hispanics, Filipinos and entertainers. Their Satanic music, jazz and swing, result from marijuana usage. This marijuana causes white women to seek sexual relations with Negroes, entertainers and any others.”

"Marijuana is the most violence-causing drug in the history of mankind.”
“Marijuana is an addictive drug which produces in its users insanity, criminality, and death.”

William Randolph Hearst  had lots of reasons to condemn cannabis or "Marijuana" as it was to be called. First of all it made him lots of money selling his racist newspapers. Hearst ran hysterical headlines with stories portraying "Negroes" and Mexicans as frenzied beasts, under the influence of marijuana, playing anti-white "voodoo-satanic" music (jazz). He took advantage of  prejudice against blacks and immigrants by printing that marijuana-crazed negroes were raping white women and by describing images of lazy, pot-smoking Mexicans to his nearly all white readers.

Hearst had a special hatred for Mexicans and Latinos starting with the 1898 Spanish American War, where Hearst lost 800,000 acres of  prime Mexican timberland by the “marijuana” smoking army of Pancho Villa. The Hearst newspaper denounced Spaniards, Mexican-Americans, and Latinos non-stop for three decades. He also waged a similar racist smear campaign against the Chinese, referring to them as the “Yellow Peril.” Demonizing cannabis by calling it "Marijuana" was a special thrill for Hearst as new technologies in the hemp pulp paper industries threatened his vast wood pulp paper making empire. 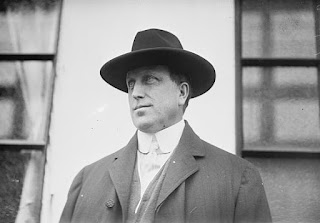 “Marihuana makes fiends of boys in thirty days"—"Hashish goads users to bloodlust.”
“By the tons it is coming into this country — the deadly, dreadful poison that racks and tears not only the body, but the very heart and soul of every human being who once becomes a slave to it in any of its cruel and devastating forms…. Marihuana is a short cut to the insane asylum. Smoke marihuana cigarettes for a month and what was once your brain will be nothing but a storehouse of horrid specters. Hasheesh makes a murderer who kills for the love of killing out of the mildest mannered man who ever laughed at the idea that any habit could ever get him….”

Hollywood also played up to the new fears of this new alien "Threat to Humanity" called Marijuana during the 1930's and 40's with movies like "Reefer Madness",  "Marihuana: The Devil's Weed", "She Shoulda Said 'No'!", and others. You can watch some of these full length films in the Marijuana Planet,  THC Cafe. 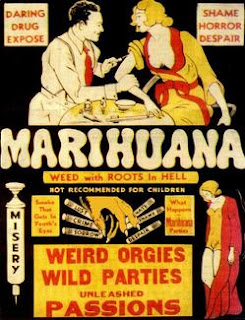 William C. Woodward, M.D., lobbyist for the American Medical Association before the U.S. Congress at hearings for the 1937 Marijuana Tax Act, testified, "The term 'Marijuana' is a mongrel word that has crept into this country over the Mexican border...." In fact, few people knew that the word marijuana was demonizing cannabis or hemp, which was grown and smoked since the beginnings of the United States and in fact for thousands and thousands of years.
There are all kinds of theories about big business conspiracies and back door meetings to eradicate cannabis hemp and they may all be true. But the fact is cannabis hemp was eradicated by one word. That word was Marijuana.

Cannabis is one of the most useful plants known to mankind. Cannabis has been used for fiber, for seed and seed oils, for food, for religious uses, for medical purposes, for clothing, for paper, and as a recreational drug for thousands of years. Today there are 200,000 uses for cannabis. George Washington and Thomas Jefferson both grew cannabis. The Constitution and the Declaration of Independence are both written on cannabis paper. The American flag sewn by Betsy Ross was made from cannabis. The Holy Oil of God as described in Exodus 30:22 contained 6 pounds of cannabis, mistranslated by some Bibles as calamus. Cannabis was used as a medicine for centuries. The ropes used to build the Pyramids and the Temple of Solomon were made of cannabis. Sails and rigging were made from cannabis for thousands of years. The tents and clothes that our soldiers wore were made of cannabis....

Yet this wonderful plant of God remains illegal, largely due to the prohibitionists reefer madness smear campaigns and the efforts of racists like William Randolf Hearst of the 1930s. Industrial Hemp is legal in most Industrial Countries with the exception of the United States and a few others. Henry Ford planned to run his cars with ethanol made from hemp. Today we could produce 1800 gallons of ethanol per acre. Ethanol is a non-polluting renewable energy resource.  Legalization of cannabis hemp could produce millions of jobs and eliminate of need for foreign oil. 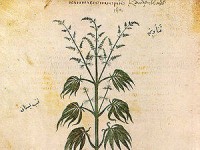 Must see: "The Fire Baptism and the Lost Sacraments"

"The Fire Baptism and the Lost Sacraments"
Purchase the film.  Makes a great gift.
https://www.createspace.com/208069

Email ThisBlogThis!Share to TwitterShare to FacebookShare to Pinterest
Labels: What is Marijuana? What is Cannabis?