The Translation of Calamus 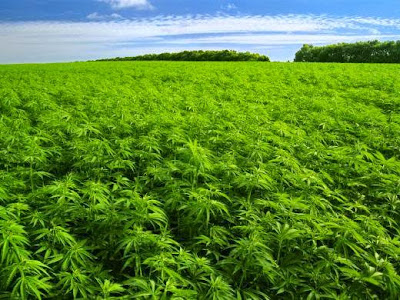 The Translation of Calamus in Exodus 30:23 is a Lie

If you actually buy the Calamus translation for the Holy Oil, then you assume that God specified in Exodus 30:23 a drug commonly known as Ecstasy. Calamus contains an ingredient called aserone. This is a hallucinogen which is metabolized in the liver as trimethoxyamphetamine or ecstasy. The Middle Eastern version of this plant is far more toxic than it's North American Cousin. This is deadly to flies and other insects.

The Exodus 30:23 reference refers to sweet Calamus. If you look at this in the Strong’s concordance where they spell this as qaneh rather than kaneh, they pronounce this as Kaw-Naw, a reed, calamus, and cane are listed as possible translations. The term sweet used in Exodus 30:23 in Hebrew is Bosem. According to the Webster's New World Hebrew Dictionary, Bosem is perfume; scent. The Concordance: the Hebrew is Bosem #1314, fragrance, by impl. spicery; also the balsam plant:----smell, spice, sweet (odour). In some Bibles sweet calamus is translated as aromatic or fragrant Cane. It is where the bosem is fused to the word kaneh or qaneh that the cannabis translation becomes apparent. So then to pronounce this we have kaw-naw-bosem, and is spelled in English qaneh-bosem or kaneh-bosem.

In 1936, Sara Benetowa, later Known as Sula Benet, an etymologist from the Institute of Anthropological Sciences, in Warsaw wrote a treatise, "Tracing One Word Through Different Languages." This was a study on the word Cannabis, based on a study of the oldest Hebrew texts. Although the word cannabis was thought to be of Scythian origin, Benet's research showed it had an earlier root in the Semitic Languages such as Hebrew. Benet demonstrated that the ancient Hebrew word for Cannabis is Kaneh -Bosem. She also did another study called Early Diffusion and Folk Uses of Hemp. There is a reprint of this in Cannabis and Culture ISBN:90-279-7669-4. On page 44, she states, "The sacred character of hemp in biblical times is evident from Exodus 30:23, where Moses was instructed by God to anoint the meeting tent and all of its furnishings with specially prepared oil, containing hemp." On page 41 Sula Benet writes, : In the course of time, the two words kaneh and bosem were fused into one , kanabos or kannabus know to us from the Mishna. According to the Webster's New World Hebrew Dictionary, page 607 the Hebrew for hemp is kanabos.
Sara Benetowa  discovered that the Kaneh-Bosem or Cannabis is mentioned 5 times in the Old Testament.

The first occurrence appears in the Holy Anointing Oil as Calamus, (Exodus 30:23).  Sara  argued that the translation of Calamus  was a mistranslation  which occurred in the oldest Bible the “Septuagint” and the mistranslation was copied in later versions.

The fact is that the Holy Oil contained 6 Pounds of  (Marijuana) with other spices boiled into one gallon of olive oil!


The Holy Oil of God is illegal to obtain today!!!

Email ThisBlogThis!Share to TwitterShare to FacebookShare to Pinterest
Labels: The Translation of Calamus in Exodus 30:23 is a Lie.